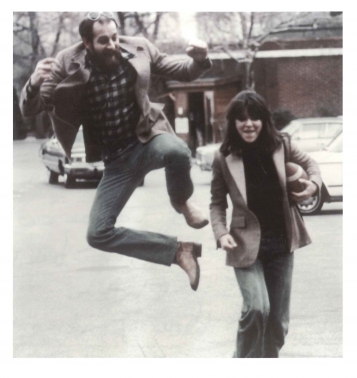 "Have you forgotten what we were like then
when we were still first rate
and the day came fat with an apple in its mouth?"
—Frank O’Hara, Animals

A MEMOIR IN THE MAKING...

John was the handsome, talented and more than slightly eccentric young Brit who opened Bergdorf Goodman’s first men’s department.  I was a shy copywriter thrilled to have landed a job under that fabled roof.  From our cinematic encounter in an advertising meeting to wild summers in the Hamptons and the advertising world of seventies New York, we had every reason to believe our luck would last forever.

Barely a decade later, my loving and lovable oddball husband was replaced by a stranger. Escalating rages, depressions and erratic behavior threatened to sunder our marriage and pushed my sanity to the breaking point. Just when I was about to call it quits, a scan revealed an aggressive astrocytoma deep within the temporal lobe, a tumor known to recur in three to six years tops. An eminent chief of neurosurgery at a well-respected teaching hospital told us the lesion was large and had been growing for most of John’s life.  It had caused the personality changes he could not control. We were frightened, but relieved.  John was not mean or crazy; he was sick. He would get well. We would have a future, after all. Surgery was scheduled for December 3, 1983.  He was forty-five years old.

In the swollen aftermath, words came loose and fell out of his sentences, frustration gave rise to a hair-trigger temper.  Memory never fully returned.  Surgery had robbed him of spontaneity, the ability to enjoy conversation, travel, books, friends, the career he loved.  It took from me the husband I adored, transformed him into a brain-injured Jekyll and Hyde.  As his fortunes sank, my professional star rose, creating in our relationship a terrible asymmetry. We held on tight, glad to be alive.  We made peace with the new normal, seized joy when it came.  We survived. As the years passed, we lived from scan to scan, held breath to held breath, always waiting for the news we dreaded, never getting it, grateful for a surgeon who went in like a commando and got it all.

Twenty-three years later, shocked (and glad) that John was still alive for so long after an astrocytoma, a neuro-oncologist questioned the veracity of his diagnosis and requested the original pathology slides.  We waited a week, two, and then two more, sure our luck had run out.  The news, when it came, was impossible to process.  The tumor never came back because it was never there.  The doctor had lied.  Swimming up through shock and disbelief, our separate griefs merged, multiplied and metamorphosed into a lacerating rage.  We were a single wild animal howling for justice.  This was a betrayal so unimaginable, we would never fully recover.  There would be another bombshell. John had been suffering from worsening bipolar disorder.  Undiagnosed and untreated for a lifetime.

This is the brutal truth at the center of a harrowing, heartbreaking and sometimes mordantly funny memoir of an unbreakable bond that defied the statistics – most head-injured people, whether traumatic or surgical, eventually find themselves alone, estranged from those they love.   An Early Winter: Elegy for a Stolen Life (working title) is the story of a couple who did their best despite a stacked deck. Alongside, yours truly, writer, caretaker and wife refusing to surrender her marriage to tragedy, her dreams to duty. Someone who has learned to see in the quotidian gestures of give and take, reciprocity and grace, a way to be with someone who isn’t the man she remembers.

This is a cautionary tale about power and greed, justice and the lack thereof, deeds done in the dark.  How little we know about those charged with saving our lives. How much can be stolen by a lie.

Watch this space for book news and current projects. 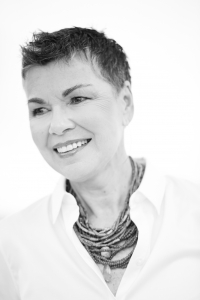 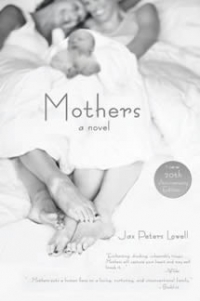